Every year thousands of children across the UK, India and East Africa run away or are forced to leave homes that have become unbearable through poverty, abuse, violence and neglect.

This year, Railway Children celebrates 20 years of fighting for children alone and at risk on the streets. During that time, they’ve reached more than 275,000 children in India, the UK and East Africa.

Millions of children still live alone on the streets where they suffer abuse and exploitation. In the UK, society often denies their existence, and in other countries the problem is so prevalent that it has become ‘normal’.

Reaching a child as soon as possible is crucial to getting to children on the streets before an abuser can, and before they become entrenched in street life. There are several people, like Christadelphian brethren who race to get to children before the streets get to them.

Jeremy Harrison is such a brother from the Newbury ecclesia who cycles for Railway Children and for Cystic Fibrosis. On the 7th of July he had 639 miles covered so far – only 300 left to the Lands End finishing line. Look who came to cheer me on that day at Shrewsbury!

Brother Jeremy is undertaking this life time challenge of cycling from John O’Groats to Lands End (JOGLE) over 940 miles taking 2 weeks. He planned to be averaging about 65 miles a day with a few much more. It going to be some adventure to see the highlands of Scotland with the big Glens (riding over Glen Coe) to the undulating green of Devon and Cornwall via the Lake District and Welsh Marches in between!

He is doing this as a 50th Year personal celebration and challenge and in memory of his middle brother who died suddenly last December at the age of 51.

Donating through JustGiving is simple, fast and totally secure. Your details are safe with JustGiving – they’ll never sell them on or send unwanted emails. Once you donate, they’ll send your money directly to the charity. So it’s the most efficient way to donate – saving time and cutting costs for the charity.

We hope to raise loads of money for two excellent causes. Please give exceptionally generously!

Thank you to all those who have generously donated to his special charities. If you haven’t and would like to the Justgiving website address is, www.justgiving.com/fundraising/jeremy-harrison2 for Railway Children or 3 for Cystic Fibrosis, the life-limiting genetic condition affecting more than 10,000 people across the UK affecting the lungs and digestive system and by some causing chronic infections and reduced lung function. Currently, half of those with CF will not live past age 41.The Cystic Fibrosis Trust is fighting for a brighter future for people with CF and their families by funding cutting-edge research, driving up standards of care and supporting people with the condition and their loved ones every step of the way..

‘End to End’ mission accomplished! A lovely family celebration at Land’s End. After cycling 932 miles I arrived at 12:30pm, under 14 days since rolling away from John O’Groats what a great welcome! Thank you for all the support along the route and big thank you for all the donations made to my causes, it means a great deal to me! 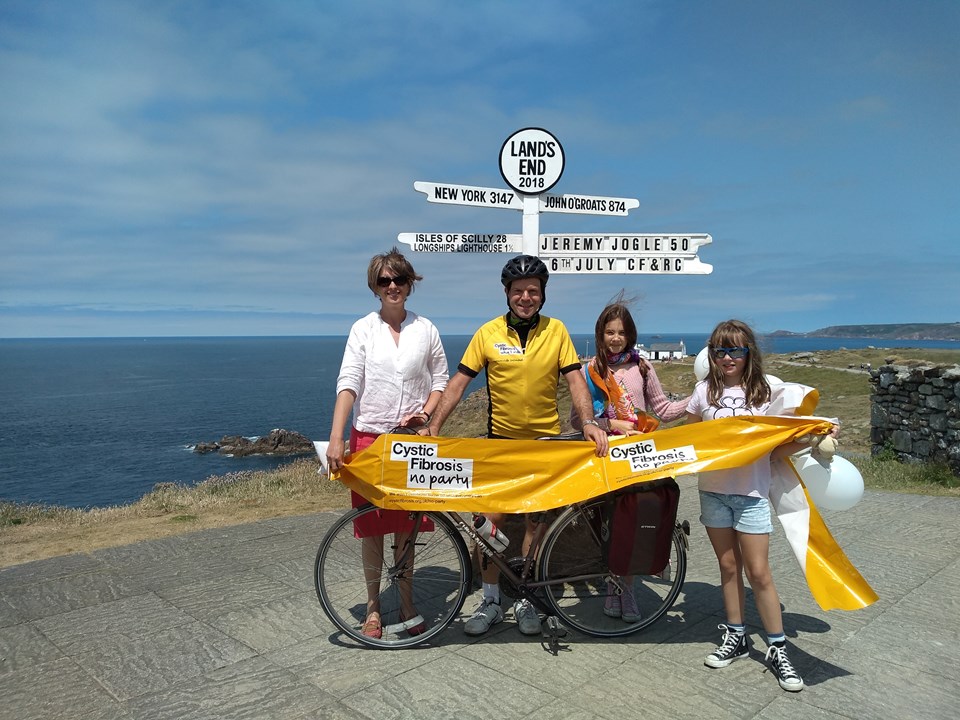 Originally posted on Linda's Bible Study:
Col. 4:9. With Onesimus, a faithful and beloved brother, who is one of you. They shall make known unto you all things which are done here. Onesimus with Paul Onesimus was to travel with Tychicus to take news of Paul to the churches in Colosse. He has quite a story of his own, which I’m considering making my next study. We’ll see. Onesimus was…

Our prayer and a listening Father

We are all children of a worldly father, but we can also, like Jesus, have an eye for the heavenly Father who is ready to come to anyone who wants to come to Him. When we look at Jesus and his disciples, we can see what a difference approaching God or not can make. In […]

We are living in a time of “universal deceit”

From Bible in the news Honest Reporting recently rounded off an examination of instances of YouTube banning content by saying: “To paraphrase a quote wrongly attributed to Orwell but which resonates strongly today as we seemingly edge towards the dystopian society that he predicted: ‘In a time of universal deceit, telling the truth is a […]

According to Catholic Catechism, the Catholic Church professes to be the “sole Church of Christ,” and that all duly consecrated bishops have a lineal succession from the twelve Apostles. In particular, the Bishop of Rome (the Pope), is considered the successor to the Apostle Peter, from whom the Pope (so called) derives his supremacy over […]

Having opinions, judging or being judgmental

Originally posted on Mws R Writings:
How to Make Paper Flowers for Day of the Dead Day of the Dead is coming up on Sunday and Monday. We set up our alter last weekend and are beginning to decorate it with candles, incense, and pictures of loved ones who have passed. Today I will place…

In the period of our present time system (Gregorian Calendar), the world has done everything to change God. The majority of America’s churches teach that God is the same yesterday, today and forever. though when they would look at the person many take as their god and the God of the Bible, you would expect […]

Too many Christians think they do not have to listen to the Torah and do not have to keep to the commandments given by God in ancient times. – By undermining the authority of the Torah, Buzzard undermines his own position on the Jewishness of the Creed of Jesus. For the Jewishness of this creed is rooted in the Torah. Buzzard also undermines his own Kingdom theology. For Jesus’ expected a Kingdom as outlined by the prophets and ruled by the Torah.

Carving a friend out of stone

”“Like a sculptor, if necessary, carve a friend out of stone. Realize that your inner sight is blind and try to see a treasure in everyone.” ~ Rumi”

Looking at a non-typical 97-year-old survivor.

Making itself worthy of happiness